We’re going to share the dark side of RV living with you. It’s actually a follow-up to last week’s video which was all warm and fuzzy where we shared the good and amazing things about the RV life. So if you don’t know, Beck and I have spent the better part of the last two years on the road, exploring a good chunk of North America. And we’re taking these studio sessions as an opportunity to download all our experiences to you!. . .

Number 1, You are never going to find the perfect RV! It’s just a reality. You’re always going to have to make sacrifices and compromises in order to get into a rig. But the way to overcome this is just to go do it! Except that there will be things that you just don’t love about it but you can live with them and get out on the road and have a good time anyway!

Number 2. The weather can really suck when you’re on the road full time! Mother nature is going to catch up to you at some point. It’s a reality! We’ve encountered random snowstorms, freak windstorms, excessive heat for the time of year, a lot of stuff! And in relation to what Beck was just talking about, maybe when you’re looking for an RV you should take into consideration comfortable places to hang out! Because there’s gonna be a lot of days where you’re stuck inside that thing watching the crappy weather outside. And at the end of the day you want to be able to look at each other and say, gosh! that wasn’t all that bad!

Number 3. Things are going to break! We really actually don’t know anybody who’s been on the road for very long that this hasn’t happened to. It doesn’t matter if you buy something new or used, at some point it will become your reality. And I promise you it’s gonna be at the most inopportune moment possible. In the middle of a snowstorm, on the side of the mountain and It might be pouring down rain or there may be nobody around to help you! Way to get around this one. . . . Just accept that it’s gonna happen! Be prepared for it to happen, have a great tool box on board and extras of anything that your RV might need. If there’s somebody around. . . Get some help! And at the end of it, know that you survived it and you’re back on the road! 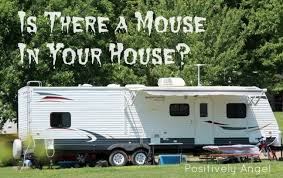 Number 4. You are going to pick up some hitchhikers. Not talking about humans, talking about rodents. The interesting thing about mice, is they don’t care how new or expensive your RV is there’s always gonna be a hole where they can slide their creepy little heads through and freak you out at the worst possible moment! On your end, all you can do is keep a clean house and have some mousetraps on board. Because eventually you’re gonna use them!

Number 5, Discrimination! I hate to tell you but either your age or the age of your motorhome is gonna be a problem for one of those RV parks out there. So first of, age. Under 55, we’ve noticed this in particular in Florida and Arizona. Not everywhere but parts of it. And what we did learn, was even if it’s in over 55 park, they do have to let you stay for a few days. So as long as you’re not wanting to spend the whole winter you can negotiate with them. Now then in terms of your motorhome, if it’s over 10,then they’re going to sometimes want to see pictures before they let you stay there or they won’t let you stay at all!

Number 6 is the one that really pisses me off and I’m talking about the reservation system in campgrounds! Now I completely understand the reservation system is a good thing. If you’re,you know, planning a trip with your family, you want to know you have a place to go. But on the other side of that coin, when it’s mismanaged, and places like the state of California put all their state parks on the reservation system, that’s when it becomes an epic failure! There’s times when you can pull into a campground and get lucky to get half the site. But you can’t have it for the following night and you can’t even make a reservation up until three nights out. So keep that in mind especially during peak tourist season, that you’re gonna have to work around that pain-in-the-butt called the reservation system!

Number 7, the perfect campsite does not exist. Now first off, everybody’s definition of perfect is different. For some of you it might mean a really fancy RV resort. But for some people they’ll look at the price tag and the fact that they have lots of neighbors and that doesn’t appeal to them at all! Then you go out into the wilderness for either free or paid sites. And you have amazing views and you’re across the street from the beach! But you might have noisy neighbors or it might not be perfectly level or you find nails and trash on the ground when you get there! Kind of just the reality is: “Suck it up buttercup!” Because nothing perfect exists out there! You have to decide, where you’re gonna compromise and what you really have to have to make it perfect for you!

Number 8, Your definition of dirty clothes is going to change! Not every RV has a washer and a dryer built in. And the ones that do, they seem to take forever to completely dry your clothes! So what that means is everybody has to visit the Laundromat. Which also leads into, you have to leave your campsite! So then, you’ll start looking at that shirt like “Gosh! I only wore that for a couple hours last night.” “I haven’t turned my underwear front to back yet.” You’re gonna make all kinds of excuses just so you can stay out camping. But remember, laundry always catches up to you and I’ll see you at the Laundromat!

Number 9. You are going to sleep and clean yourself in some really strange places! Let’s take truck stops for example. They’re great for both. They tend to be very welcoming if you come and park for the night. They also happen to have, fantastic clean, hot showers! And when you first start Rving you think: “I’m just gonna stay in the RV.” But the longer you do it, the more navy showers you take, the more you realize, It’s not so bad to pack your bag and walk across the street to that really nice hot campground shower that you can leave on for more than 30 seconds at a time. As far as places to park and sleep, when you close those curtains, it really doesn’t matter if you’re at a rest stop or a truck stop or really fancy RV park. You’re home!

Last but not Least! Number 10, Quartzite is not all it’s cracked be! I’m not talking about the RV community, I’m talking about the dynamic that happens when you put that many people in clubs and in camps and in cliques together. It spells out “D-R-A-M-A!” Now don’t get me wrong, we’ve had some amazing experiences of course, met some awesome people, lifelong friendships have been built there. But there is that dark side and it just boils down to human nature. Our first year that we went to Quartzite, we got invited to this secret camp, which was designed to exclude a couple of people in the RV community. And we caught wind of this and it was like this just doesn’t seem right! So our moral compass point us in the right direction there. Second year, we showed up a few days late and it turned out there are a couple people spreading horrible rumors and gossip about us! It was high school behavior at its worse! Now everybody is probably gonna make the pilgrimage to Quartzite at one point in their RV life but keep in mind it’s not all struck up to be and life on the open road in smaller groups is far better!. . . .

Alright guys! Well now you’ve heard our 10 harsh realities to RV living. You know we always try to look at the bright side but we also always try to tell you guys the truth. And sometimes it’s just not peaches and cream every single day out on the road. So by now, we have an entire playlist of these studio sessions. So if you like what you see, make sure you SUBSCRIBE